Introduction to using CodeCraft to program an Arduino device. Make an LED flash.


An LED is a Light Emitting Diode. It glows when turned on. The D4 pin on the microprocessor is connected to the LED. This lesson turns D4 repeatdly on and off making the LED flash.
The D in D4 means its a digital pin so it can either be on or off, like a switch. It outputs to the LED so is a Digital Output. 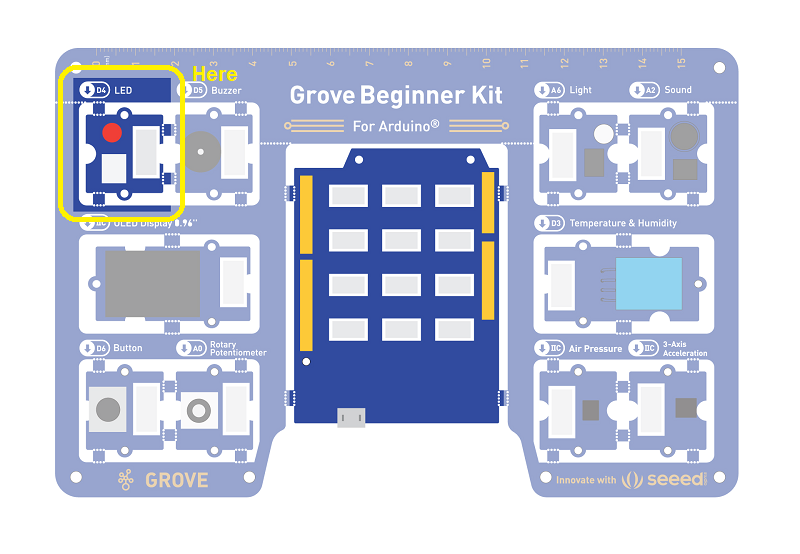 D4 is automatically set to output as it’s used with the LED.
No coding needed.

Loop means that this part gets continuously repeated.

For this lesson, The LED module will be repeatedly on for 1 second and then off for 1 second.

Go to the next lesson to see how to download the program to the board. Then come back and try the following: On the Grove LED module, there is a variable resistor that can be adjusted using a screw driver. Twist it to make the LED light up brighter!