It may at times be convenient, but building an app on the RPi, whether for IoT-Core or for Raspbian might not be the most efficient way of doing it. Lets look at building the app on the desktop and then copying the built dotnet app to the Pi.

You build a package for deployment using Publish. That is a menu option in Visual Studio. In VS Code or from the command line in generally you use the dotnet Publish command. A simple example is
dotnet publish --runtime linux-arm --framework 3.1--self-contained false
This will build a Debug version for the Pi running Raspbian, of the project in the current folder using the installed version of .NET Core 3.1. This requires .NET Core 3.1 to be installed on the target. Note that in this case, for a simple Console app, there are only 5 files in the Publish folder (Projectfolder\bin\Debug\netcoreapp3.1\linux-arm). If self-contained was set to true (which is the default) you get 192 files!. The Self Contained package that does not require .NET Core be installed on the target. It includes the runtime components specified by the RID. 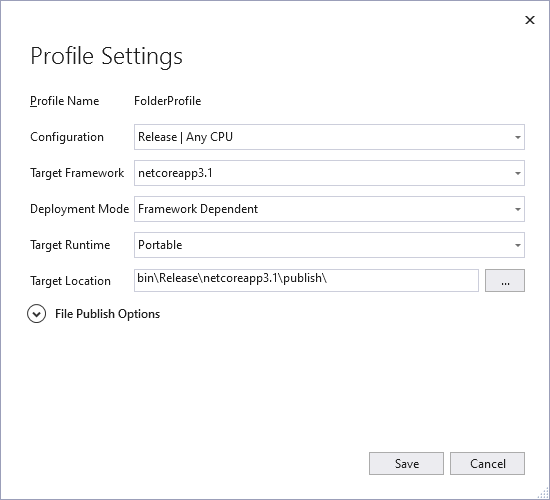