Grove Beginner Kit For Arduino: Codecraft Lesson 3 - Controlling the Frequency of the Blink

This lesson introduces Analog to Digital conversion. The LED flash rate is controlled by the Rotary Potentiometer.

In the last section, we studied that button only has two states, ON/OFF state corresponding 0V and 5V, but in practice, we often counter the need for many states, not just 0V and 5V. Then you need to use Analog Signal! Rotary Potentiometer is a classic example that uses an analog signal.

Analog signals: Signals vary continuously in time and value, and the amplitude, frequency, or phase of the signal changes continuously at any time, such as the current broadcast sound signal, or image signal, etc. The analog signal has sine wave and triangle wave and so on. The analog pins of your microcontroller can have between 0V and 5V is mapped to a range between 0 and 1023 where 1023 is mapped as 5V and 512 is mapped as 2.5v and etc. 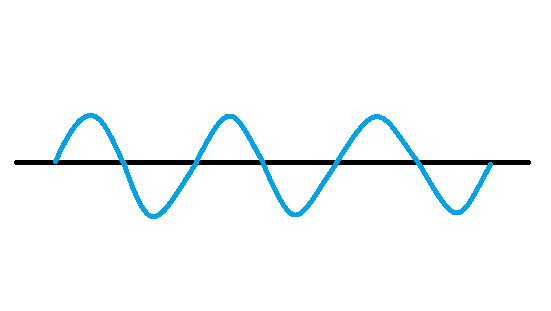 Components used for this lesson are highlighted. There are two ways to implement this lesson as shown. The first is simpler. The second introduces using variables. The following video demonstrates the second method.

How to create this …

Download the app to the board, as in an earlier lesson.

The loop function is similar to the previous 2 lessons. In the first there was a fixed delay between toggling the LED state. In the second the LED just tracked the state of the button press. In this lesson the on/off periods are set by the rotatry button that is input as an analog signal which when digitised gives a value of 0 to 1024. That results in periods of 0 to slighly more than one second.

This lesson shows how to define a variable, set an initial value (in setup) and to change it according to an Analog To Digital (ADC) conversion.

Turning the Potentiometer will change the frequency of LED flickering.